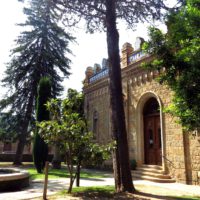 The Municipality of la Pobla de Segur gets €350.000 to invest in a Plan of Tourism Promotion

The General Direction of Tourism of the Catalan Government has resolved to fund the project called “Valorization of la Pobla de Segur as a Gate to the Pyrenees” that the City municipality of la Pobla presented to the call for Plans of Tourism Promotion 2018 with €350.000. The project will also count with funds of the Diputació of Lleida through two subsidies that add €111.806,28 and aportacions of privates of the municipality as  actions: the Travel Agency Pirineu Emoció and the constructor Fortanco 81. The project obtained a mark of 56,2 points, the sixth score at a Catalan level and the first amongst the municipalities of the Territorial Delegation of Tourism in Lleida.

The project presented includes imporvements in three strategic areas of the municipality: the modernist group Mauri, the Centre of Sustainable Mobility “l’Estació” and the River Noguera Pallaresa. In the modernist group Mauri an integral modernisation of the Municipal Park Mayor Boixareu is projected.  In “l’Estació”, parkings will be buit in its surroundings, to enable the use of the alternatives for sustainable mobility offered there. Besides, several elements of the railway heritage will be restaured, and the centre will be equipped with WiFi and a point for recharge of electric vehicles. Linked to the river, an area of reception of rating boats will be created in the Parc dels Raiers.

Christmas has come and, with it, a lot of activities have been […]