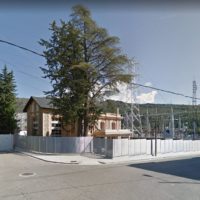 The City Council of La Pobla de Segur presents a compilation of allegations to the Generalitat de Catalunya for a specific action project of public interest on undeveloped land that affects its municipal term. Specifically, it is a high-voltage power line that would connect a solar park named Llaus dels Juncs installed in the municipality of Isona and Conca Dellà with the Pobla substation.

The project of the company Energies Renovables Terra Ferma SL foresees that the line will affect the terminus of La Pobla and, consequently, the Department of Climate Action, Food and Rural Agenda and the Department of Business and Employment have asked the City Council of La Pobla de Segur a technical report on these affectations.

After studying the entire project, the council has issued an unfavourable report for various reasons. The main reason is that the proposed route between SET Llau dels Juncs and SET Pobla de Segur the Sant Antoni Reservoir Special Plan prohibits the construction of new high-voltage electricity lines in the entire area of the reservoir. An area that is also part of the Geoparc Orígens, for which it has a certain level of protection. The project also foresees the construction of a tower located in an area considered to be subject to flooding in order to be close to the Noguera Pallaresa River, and another support that does not respect the road reserve on undeveloped land that marks the current urban approach.

For all this, the City Council proposes the following alternatives: that the project take advantage of the existing lines in the municipality; the burying of these lines; or that the solar park be connected to the Tremp substation since it is geographically closer and would require a shorter line route.

The Mayor Marc Baró and the Councilor for Tourism Josep M. Tirbió […]

Christmas parties full of activities for children and young people

This past Wednesday, December 7, the President of the Generalitat, Pere Aragonès, […]